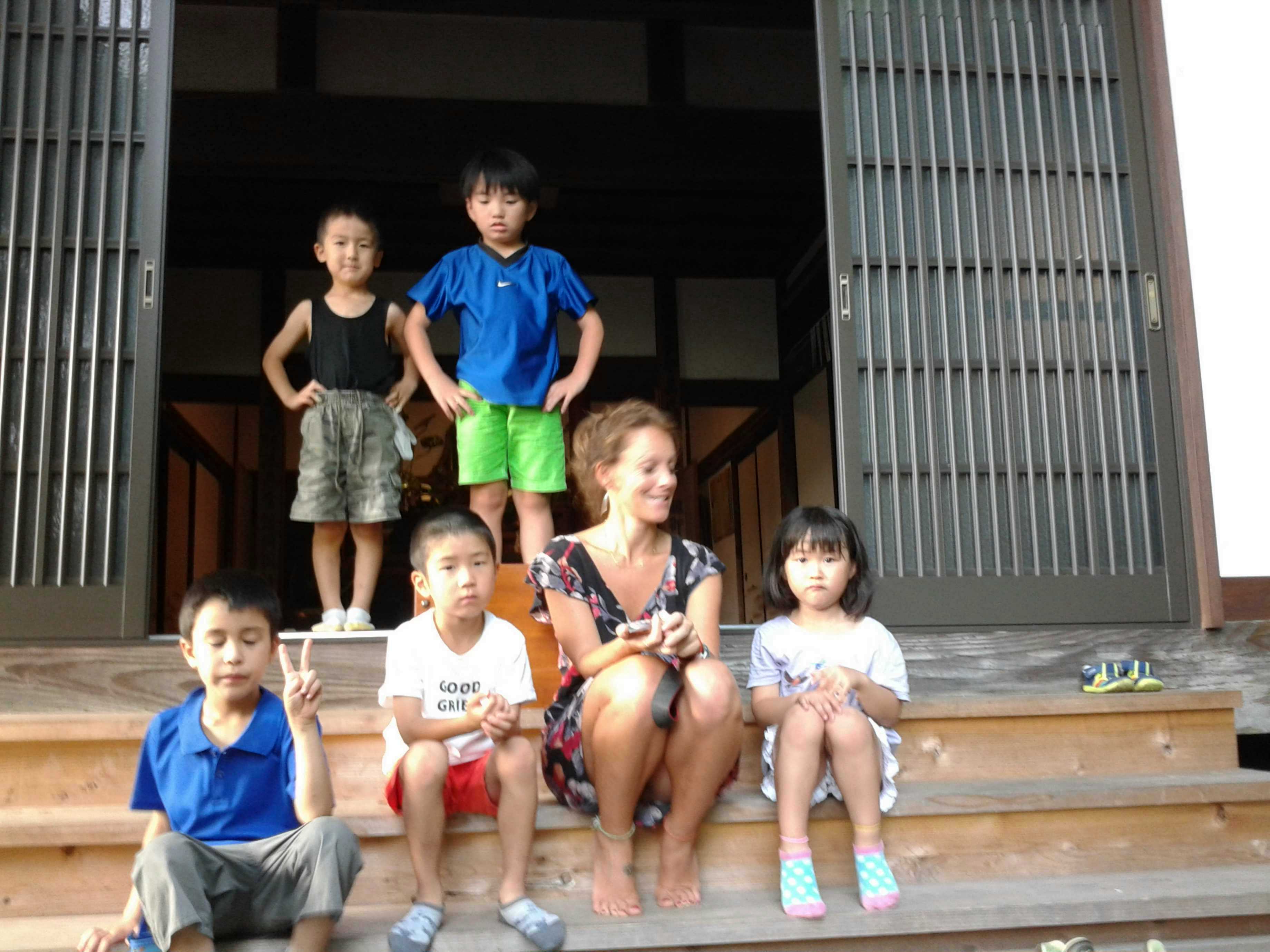 I was bewildered. But, by the way I never understood very well why is it so common to hear “I lost my north” whenever someone feels lost. I think that this reflection did not begin with what happened to me in southern Japan, it came from the time I lived in the southern hemisphere in Brazil. There, I often felt that this expression was somehow a way of prejudiced and misleading in relation to the south. Why would only the North give meaning to things, to our life? Why were not we accustomed to say “I found my South?”

Anyway, philosophies aside I was on the island of Southeast Japan in Kyushu, when I got sick.

Lately in “Project Kids” I talked about the importance of dreams to children. I already gone through tolerance, social harmony or empathy, and today I will focus in loss. Soon I will go to Colombia, where I will interview even indigenous children (you can follow all details in www.behuman.org.pt).

I decided to visit Southern Japan at last minute. There were many many reasons to visit this region, from the natural beauty, to surf, the active volcanoes like Kagushima, or the sacred spots where Japanese history started. Chintoists Gods of the Sun, islands populated by ghosts, ancient seaports, cities full of natural stream baths, like Beppu, or even the largest sacred waterfalls in Takachi-ho where I fell ill.

It is also the place where there were bloody wars, like the samurai one. I suspect that unconsciously, this was the biggest reason that took me to the South. I couldn’t leave Japan without finding some Samorai descent children.

I had just arrived from a Za Zen retreat (where I learned to practice meditation and followed the rituals of the Japanese monks who lived there for more than two decades). Before I left Beppu, where the only rule was to try all the natural hot springs baths for 2 days. That’s why I felt invigorated for many more interviews with children.

Takachi-ho was the only village where I had no contact and I also knew that it would be difficult to find English speakers. Characterized by being a remote and sacred place, its legend also made it unmissable.  The legend happed in a cave near the big cascades of this village, where the Sun Goddess, Amaterasu, brought light to the darkness world.

According to the legend, Amaterasu was angry with the bad behavior of her brother, and for this reason she decided to hide in a cave (now considered sacred), taking the light and leaving the world in the dark. Alarmed with the latest happenings, the other Gods gathered to decide what to do to illuminate everything again. Until one of the gods, Ame-in-Uzume, decided to dance to Amaterasu, leaving her surrendered and, above all, curious. Motivating her to leave the basement. At this moment, she not only left, but returned the light to the world.

This is exactly how I felt when I became ill in Takachi-ho. Unable to move, in a remote family house, about 5 kms from the small village. In the darkness, hoping that some Ame-no-Uzume could help me to explain to the responsible of the house (Non English speaker) that I needed a doctor.

Three days later, without a doctor or Ame-no-Uzume, I was able to regain some strength to catch the famous 15-hour Shinkazen that would take me to Tokyo airport.

I have a belief that in Europe we are not used to be seriously ill, and if we talk about losing the north, we usually talk about losing things, money, friends or people, and we never include disease or trust in this topic. Perhaps in the southern hemisphere, when we speak about losses, disease arises as one of the most important things that can loose… perhaps…

If we look to Portugal in the last month of October, we losted more than 50,000 hectares of forest due to fires, more than 108 mortal victims and hundreds of displaced people.We even lost more than 80% of Pinhal D’el Rei and only in Tocha we had more than 25 thousand euros of dept.

We this calamity I would say that it is urgent for the Portuguese society to learn how to deal with loss, especially in moments like this. Its urgent to understand what can happen when we lose something, how we process this losses, what we may feel, and what we can do to recover from what seems irretrievable.

On the top of all this, we should teach our children, future generations, to do the same, so they are able to create their emotional savings.

Losing is a part of life as well as winning. And this is why I’ve included a few questions about loss in the interviews i´m doing to children around the world.

I ask if they have lost something and I also ask them some prescription on how to deal with the loss.

I believed that Sierra Leonean children were the real loss specialists, given the generations they lived in civil war or the recent outbreak of Ebola in 2015, but as always I was surprised.

Answers like “Wait for it to pass. It always ends up happening “,” Surfing with friends “or” Doing things we like until we feel better “were some of the answers in Sierra Leone.

But in Portugal the stories were different: “when we loose things, we can always buy other things … but when we loose people … I know… if I had a molecule of that person I would create her again.”, “I lost my dog, I think if I had a room full of puppies to give me licks, I would feel better again.” “I lost my confidence when I discovered that santa claus did not exist …. but that was when I was 2 years old, of course (child is 9 years old now) I also saw that the socks we put in the chimneys are always too small to be his socks, but then I accepted. Sometimes we have to accept things as they are. ”

When we talk about losses, perhaps because it is a difficult topic, we are hardly aware of what we can lose. I would say that the first step of recovery is to identify what we feel we loose, then identify how I feel about it, and finally, activate strategies to deal with the situation.

Moving from theory to practice.

Each of these losses refers to different emotions, with different layers. If there are rules when we speak of losses, it is undoubtedly the fact that there are no assumptions about what one should or should not feel. Some of the most common emotions when faced with a loss are: anger, anger, anxiety, fear, calmness, contentment, sadness, acceptance, denial.

For children from 6 to 10 years old (also for older children, but not for younger ones).

Together you and the child should fill the following story:

1.6 One funny thing I remember right now is …

1.7 What other people told me at the time was …

After filling in the history of loss, you can illustrate, with cutouts, drawings and collages.

During the 3 months following a major loss, there is often a deal of emotional instability. However, there are a number of exercises that can be done that can calm those emotions. And like all the adults who have suffered the impact of the country’s fire losses deserve a special treat, here is an exercise that, over these 3 months, can help transform some of the difficult emotions that are experienced at this stage.

Imagine you were given the opportunity to create the ideal village / town / village. A place that could give you more quality of life in several levels.

Healing of difficult emotions is possible and this is an activity that may fit you.

View all posts by behuman

Ongoing Project “Kids”: Children around the world creating an Emotional ToolKit for Parents. Soon in Book&Documentary.